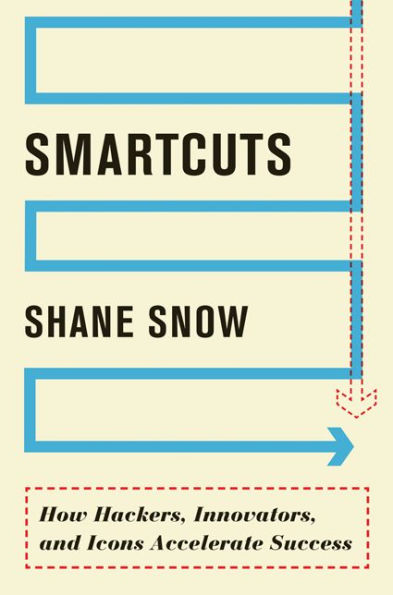 This book is a delightful gem that definitely received a lot less attention than it deserved. Lots of the insights from this book were what prompted me to write my undergrad thesis on Creativity.

See How To Get More Creative: Strategies Successful Entrepreneurs Use To Find Breakthroughs

Shane has a great writing style, he builds suspense by asking an intriguing question and answering with a non-sequitur.

“Both [Louis] C.K. and Bieber are extremely gifted performers. Both climbed to the top of their industry, and in fact, both ultimately used the Internet to get big. But somehow Bieber “made it” in one-fifteenth of the time.

How did he climb so much faster than the guy Rolling Stone calls the funniest man in America–and what does this have to do with Jimmy Fallon?

The answer begins with a story from Homer’s Odyssey.”

Shane then goes on to tell the story of “Mentor”, then abruptly pulls the rug from under us with “The winning formula it seems, is to seek out the world’s best and convince them to coach us. Except there’s one small wrinkle. That’s not quite true.”

This reminds me of Cialdini’s tactic of “using mystery” to engage his students in lectures, as he talks about in Pre-Suasion.

Don’t climb the corporate ladder. Instead, be impressive in one field and then switch upwards into a different field. Like the game of One Red Paperclip where you trade sideways for things that are “Bigger or Better”.

The scientific evidence for mentorship is conflicting. Formal mentorship doesn’t work but Informal mentorship does–it seems like you have to find mentors only when you need them, and only when you have an eager desire to learn the topic. The role of a mentor is most effective when they are part of deliberate practice. Remember the story between GOSH doctors and Formula 1: Originally it started as technical help then evolved into a friendship. After solving the handover problems, Formula 1 made GOSH its official charity and supported them with donations. GOSH allowed kids to hang out with racing stars. Formula 1 became invested in the Great Ormond Street Hospital as a whole.

We learn from failure only when we don’t see it as a threat to our sense of identity, and we learn only when we can objectively attribute the failures to our own actions rather than blame it on our circumstances.

Amateurs who expend effort doing a thorough analysis are able to catch waves better than the intuition of experts.