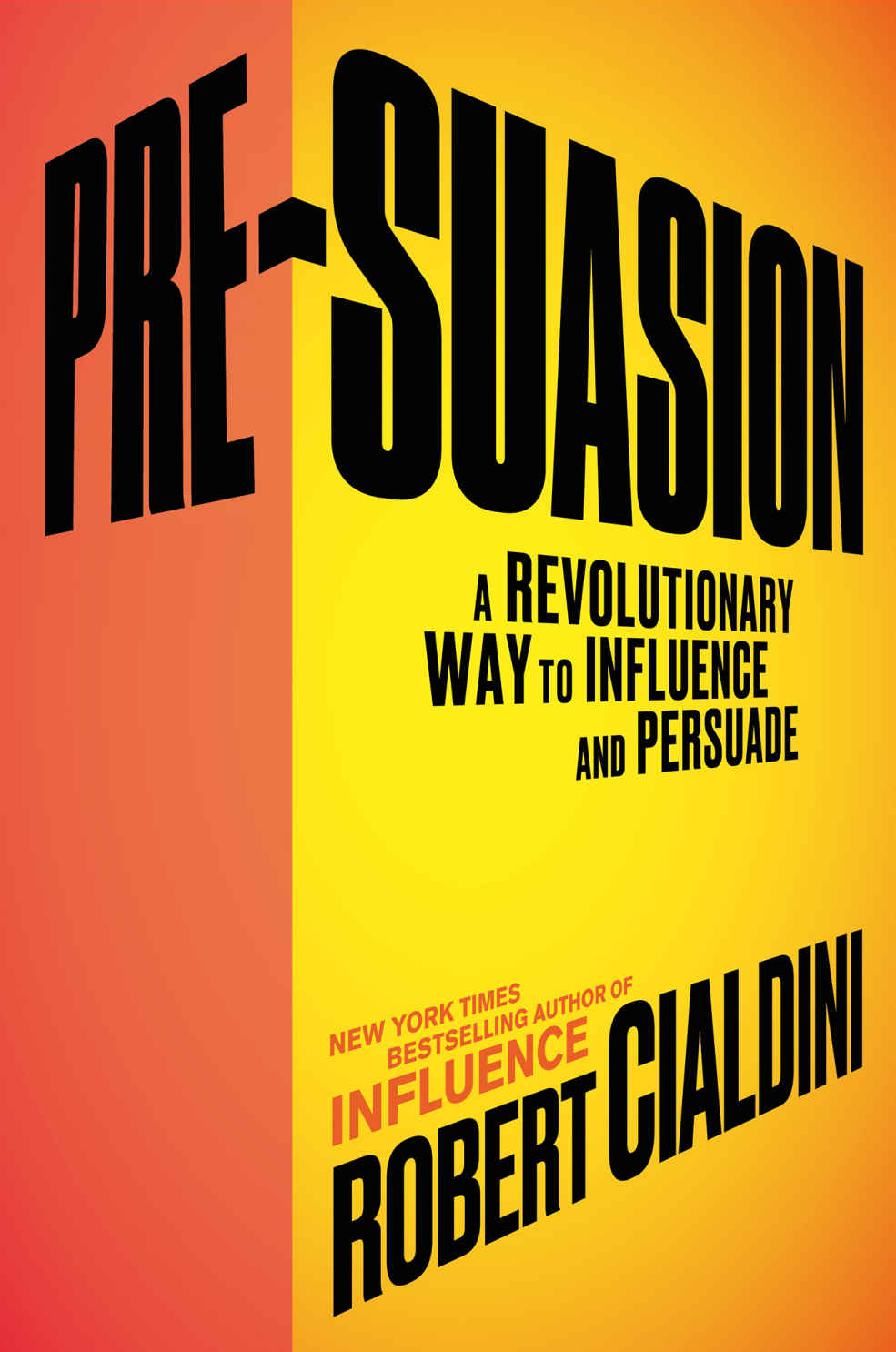 Pre-Suasion: A Revolutionary Way to Influence and Persuade by Robert Cialdini

The book presents lots of examples where changing the environment can shape how you think/behave. Again if you already believe this, nothing will be a surprise to you. Otherwise, the only part I found noteworthy is his advice on how to have engaging lectures:

How to engage the interest of listeners/readers: Use a mystery

“What did pepsodent do to increase usage?”

Most people are familiar with legendary cigarette advertising campaign successes featuring Joe Camel, the Marlboro Man, and Virginia Slims’s “You’ve come a long way, baby.” But perhaps the most effective marketing decision ever made by the tobacco companies lies buried and almost unknown in the industry’s history: after a three-year slide of 10 percent in tobacco consumption in the United States during the late 1960s, Big Tobacco did something that had the extraordinary effect of ending the decline and boosting consumption while slashing advertising expenditures by a third. What was it?

The answer also seems extraordinary. On July 22, 1969, during US congressional hearings, representatives of the major American tobacco companies strongly advocated a proposal to ban all of their own ads from television and radio, even though industry studies showed that the broadcast media provided the most effective routes to new sales. As a consequence of that unprecedented move, tobacco advertising has been absent from the airwaves in the United States since 1971.

3. Home In on the Proper Explanation by Considering (and Offering Evidence Against) Alternative Explanations.

Could it be that American business interests, sobered by the 1964 Surgeon General’s report that detailed the deadly denouement of tobacco use, decided to forgo some of their profits to improve the well-being of fellow citizens? That appears unlikely, because representatives of the other major US business affected by the ban—the broadcast industry—filed suit in US Supreme Court to overturn the law one month after it was enacted. Thus, it was only the tobacco industry that supported the restriction on its ads. Could it have been the tobacco company executives, then, who became suddenly concerned with the health of the nation? Hardly. They didn’t reduce their concentrated efforts to increase tobacco sales one whit. They merely shifted their routes for marketing their products away from the broadcast media to print ads, sports sponsorships, promotional giveaways, and movie products. For instance, one tobacco company, Brown & Williamson, paid for product placements in twenty-two films in just a four-year period.

4. Provide a Clue to the Proper Explanation.

So, by tobacco executives’ logic, magazines, newspapers, billboards, and films were fair game; only the airwaves should be off-limits to their marketing efforts. What was special about the broadcast media? In 1967, the US Federal Communications Commission (FCC) had ruled that its “fairness doctrine” applied to the issue of tobacco advertising. The fairness doctrine required that equal advertising time be granted on radio and television—solely on radio and television—to all sides of important and controversial topics. If one side purchased broadcast time on these media, the opposing side must be given free time to counterargue.

That decision had an immediate impact on the landscape of broadcast advertising. For the first time, anti-tobacco forces such as the American Cancer Society could afford to air counterarguments to the tobacco company messages. They did so via counter-ads that disputed the truthfulness of the images displayed in tobacco company commercials. If a tobacco ad featured healthy, attractive, independent characters, the opposing ads would counterargue that, in fact, tobacco use led to diseased health, damaged attractiveness, and slavish dependence.

During the three years that they ran, those anti-tobacco spots slashed tobacco consumption in the United States by nearly 10 percent. At first the tobacco companies responded predictably, increasing their advertising budgets to try to meet the challenge. But, by the rules of the fairness doctrine, for each tobacco ad, equal time had to be provided for a counter-ad that would take another bite out of industry profits. When the logic of the situation hit them, the tobacco companies worked politically to ban their own ads, but solely on the air where the fairness doctrine applied—thereby ensuring that the anti-tobacco forces would no longer get free airtime to make their counterargument. As a consequence, in the year following the elimination of tobacco commercials on air, the tobacco companies witnessed a significant jump in sales coupled with a significant reduction in advertising expenditures.

6. Draw the Implication for the Phenomenon Under Study.

Dimensions of an important message:

In characteristic fashion, he reestablished his trustworthiness by being up front about a potential weakness: “Now let’s look at the road ahead. Bear in mind that if I had attempted 50 years ago to gauge what was coming, certain of my predictions would have been far off the mark.” Then he did something I’d never seen or heard him do in any public forum. He added, “With that warning, I will tell you what I would say to my family today if they asked me about Berkshire’s future.”

As convincing as these components of his argument were on their merits, Mr. Buffett had pre-suasively done something that made me judge them as even more convincing: he had claimed that he was going to advise me about them as he would a family member.

Partway through the list, Dorothy looks up and cuts the monologue short with a now-famous line: “You had me at hello.” In his letter, Mr. Buffett had me at family.