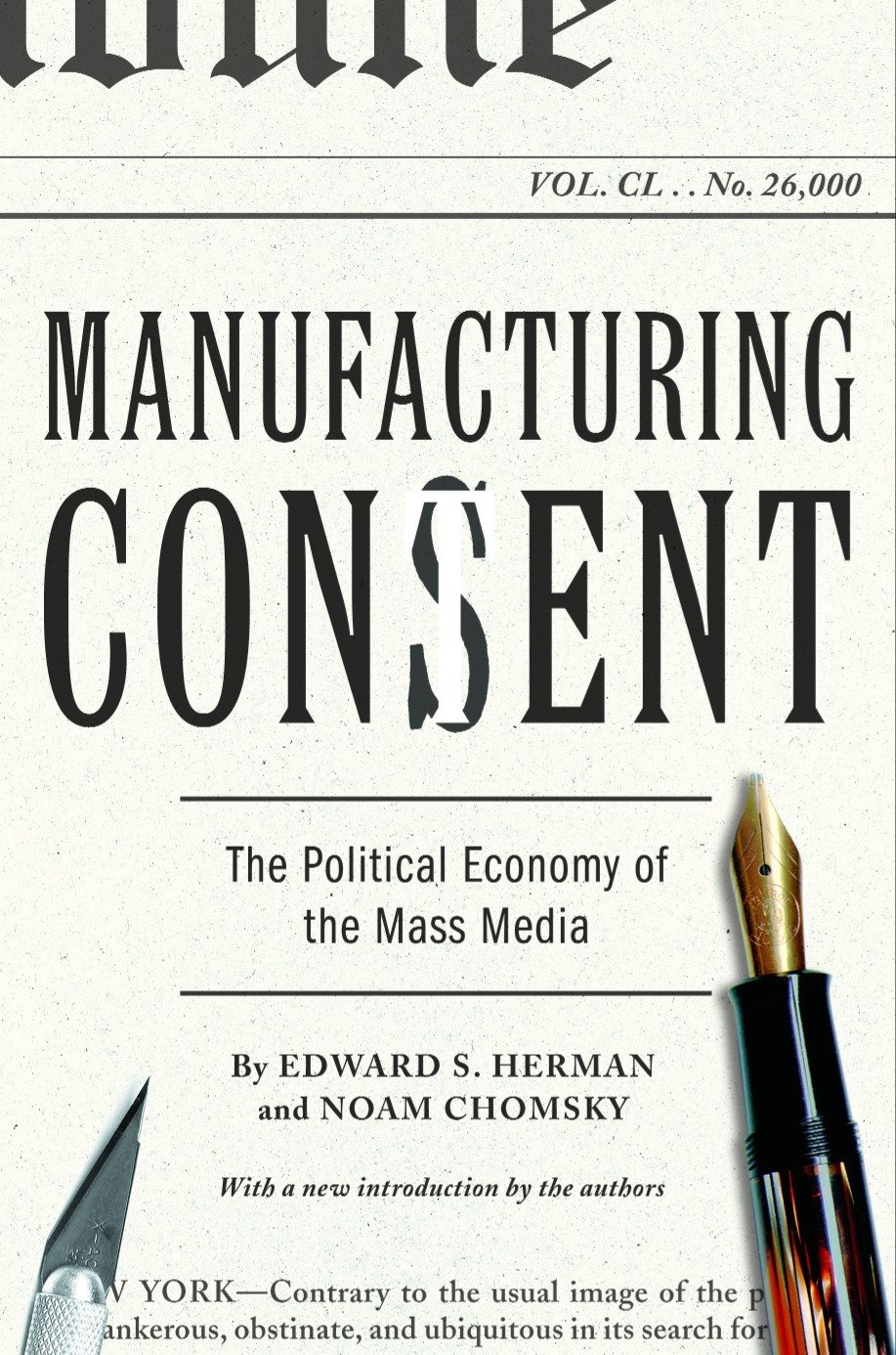 Manufacturing Consent: The Political Economy of the Mass Media by Edward S. Herman and Noam Chomsky

Herman and Chomsky are the preeminent dissidents against mass media and they present evidence of how consuming mainstream news subtracts your ability to be informed about the objective truth.

This book pairs well with Trust Me I’m Lying for an updated exploration of how these ideas apply to the TechCrunch/Gawker/Blogging/Internet news era.

This book also pairs well with Amusing Ourselves to Death for an explanation of why news on TV (and the Internet) is a uniquely dangerous medium compared to newspapers.

Countries with “free speech” or “freedom of the press” can still be manipulated to support a private agenda, and the “Propaganda Model” describes five ways this is accomplished:

If you conform, you have a lower burden of evidence than if you dissent against what you’re supposed to think:

There are also real advantages in conformity beyond the rewards and privilege that it yields. If one chooses to denounce Qaddafi, or the Sandinistas, or the PLO, or the Soviet Union, no credible evidence is required. The same is true if one repeats conventional doctrines about our own society and its behavior—say, that the U.S. government is dedicated to our traditional noble commitment to democracy and human rights. But a critical analysis of American institutions, the way they function domestically and their international operations, must meet far higher standards; in fact, standards are often imposed that can barely be met in the natural sciences. One has to work hard, to produce evidence that is credible, to construct serious arguments, to present extensive documentation—all tasks that are superfluous as long as one remains within the presuppositional framework of the doctrinal consensus. It is small wonder that few are willing to undertake the effort, quite apart from the rewards that accrue to conformity and the costs of honest dissidence.

This incentive means that the optimal strategy for a journalist to advance their career with the least effort is to fall in line with conventional opinions:

A journalist or commentator who does not want to have to work too hard can survive, even gain respectability, by publishing information (official or leaks) from standard sources;

And the drive to the bottom where media becomes soundbites makes constructing dissenting arguments even harder, because you have no space for evidence (when the burden of evidence is higher at the same time):

The technical structure of the media virtually compels adherence to conventional thoughts; nothing else can be expressed between two commercials, or in seven hundred words, without the appearance of absurdity that is difficult to avoid when one is challenging familiar doctrine with no opportunity to develop facts or argument.