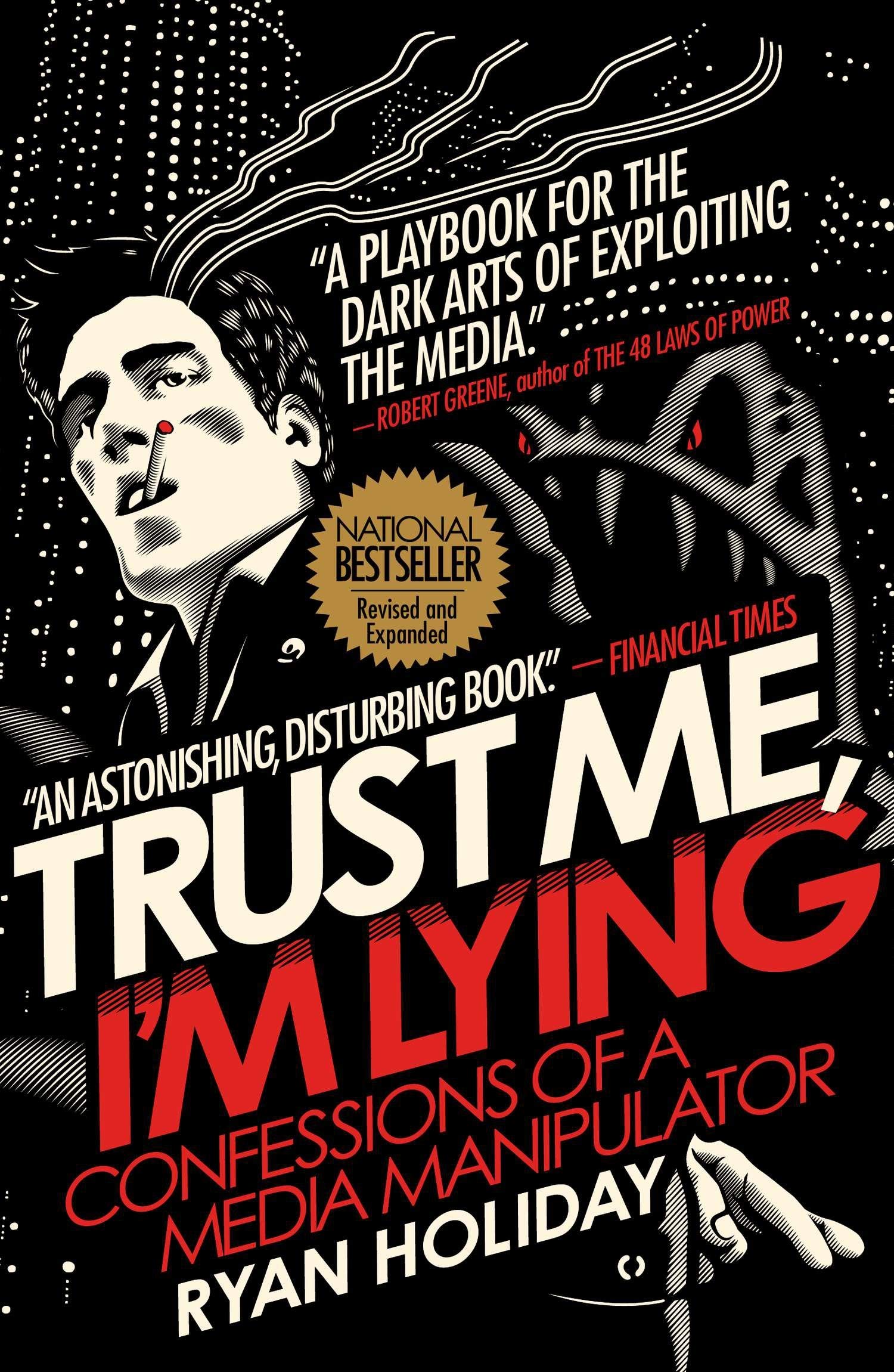 Trust Me, I’m Lying: Confessions of a Media Manipulator by Ryan Holiday

This is the handbook that everyone should read to understand how mainstream media operates.

This book is like breaking the fourth wall of the news media—after reading it, I felt like I could see “behind the scenes” of how news is intrinsically biased and innacurate to a degree that I didn’t even have the vocabulary for before.

The main thesis is that journalists are overworked and have terrible profit margins, so they must sacrifice truth on the altar of advertising revenue. The book is not so much a criticism of how incentives distort mainstream media reporting, as it a mea culpa and a first-hand “ride along with me” where you get to see how the sausage is made from the inside.

This book pairs well with Manufacturing Consent, for the original framing of illegitimacy of mass media as a function of its incentives.

This book also pairs well with Amusing Ourselves to Death for an explanation of why news on TV (and the Internet) is a uniquely dangerous medium compared to newspapers.