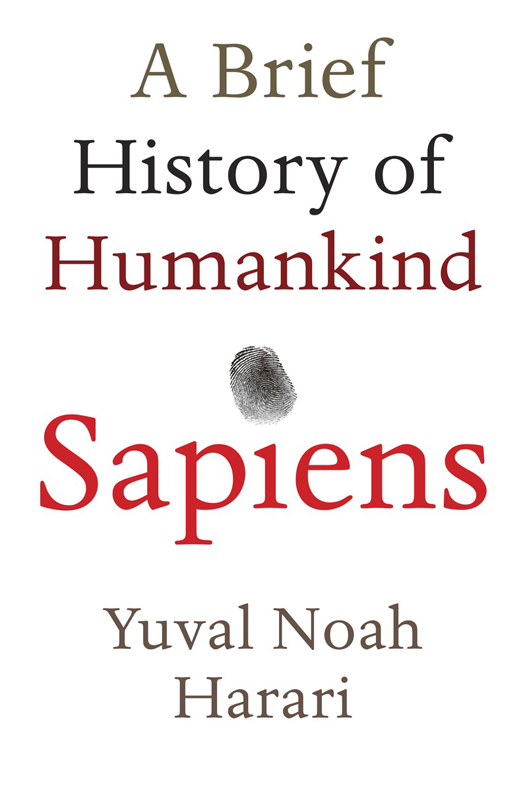 Sapiens: A Brief History of Humankind by Yuval Noah Harari

My main takeaway from this book is that the inter-subjective reality is in fact “real”, and shouldn’t be dismissed just because it isn’t “really” “real”. The imagined order is stable to a degree that you should not underestimate, because changing the imagined order requires coordinated changing of minds of everyone.

1. An Animal of No Significance

Fire is the original invention, it’s the first leverage factor that allowed one human to destory hundreds of other animals

2. The Tree of Knowledge

See The World Until Yesterday for a deeper dive into the topics in this chapter.

As humans spread around the world, they caused mass extinctions of local flora and fauna.

See The Worst Mistake in the History of the Human Race

“Human rights” doesn’t exist insofar as it does not derive from objective reality, but instead subjective beliefs (e.g. we were created by God, and therefore equal under his eyes.)

The imagined order “feels” real to us because it can become embedded in the material world. Though the imagined order exists only in our minds, it can be woven into the material reality around us, and even set in stone. Most Westerners today believe in individualism. This is reinforced because every child gets their own room, which they can decorate at will, and which parents are forbidden to enter without knocking first.

Writing was a revolutionary technology that let us cooperate in large groups because it let us remember far more than we normally could remember about just the 150 closest people to us.

8. There is No Justice in History

Discrimination can perpetuate for millenia due to negative feedback loops stemming from what were originally accidental happenstances.

9. The Arrow of History

This chapter describes how the “us vs. them” mentality slowly encompassed larger and larger groups of “us”.

Money is the ultimate technology for tolerance and cooperation.

Tolerance flourished on the other side of the hill too. Muslim merchants in North Africa conducted business using Christian coins such as the Florentine florin, the Venetian ducat and the Neapolitan gigliato. Even Muslim rulers who called for jihad against the infidel Christians were glad to receive taxes in coins that invoked Christ and His Virgin Mother.

How empires rise and fall.

The Taj Mahal. An example of ‘authentic’ Indian culture, or the alien creation of Muslim imperialism?

Religions are defined as a “superhuman order”. In this view, ideologies like communism or capitalism are also “religions” because they require the belief in an imagined superhuman order.

13. The Secret of Success

14. The Discovery of Ignorance

“Knowledge is Power”, in WWI and WWII, commanders took to science in the hopes that new technology would create more destructive weapons that could help win an edge over the enemy. This was not the case in pre-industrial warfare, as commanders focused mostly on strategy and tactics instead of technological innovation, it wasn’t obvious that technological innovation was an advantage.

15. The Marriage of Science and Empire

Scientific ignorance is in some way an accidental byproduct of colonialism. The discovery of previously unknown lands forced European intellectuals to admit they were ignorant about the world, so they would fastidiously study these new discoveries, the better to conquer the newly discovered realms. Without colonialism, the prevailing attitude was “we know everything about our kingdom and our kingdom is the only place that matters anyway”.

Capitalism is also in some way an accidental byproduct of colonialism, as the discovery of previously unknown lands changed credit mentality from the world being zero-sum to the world being positive-sum, and this trust in the future being better than the present kicked off a low interest rate world where we could actively invest into and build teh future.

17. The Wheels of Industry

Some religions, such as Christianity and Nazism, have killed millions out of burning hatred. Capitalism has killed millions out of cold indifference coupled with greed. The Atlantic slave trade did not stem from racist hatred towards Africans. The individuals who bought the shares, the brokers who sold them, and the managers of the slave-trade companies rarely thought about the Africans. Nor did the owners of the sugar plantations. Many owners lived far from their plantations, and the only information they demanded were neat ledgers of profits and losses.

Just as the Atlantic slave trade did not stem from hatred towards Africans, so the modern animal industry is not motivated by animosity. Again, it is fuelled by indifference. Most people who produce and consume eggs, milk and meat rarely stop to think about the fate of the chickens, cows or pigs whose flesh and emissions they are eating. Those who do think often argue that such animals are really little different from machines, devoid of sensations and emotions, incapable of suffering. Ironically, the same scientific disciplines which shape our milk machines and egg machines have lately demonstrated beyond reasonable doubt that mammals and birds have a complex sensory and emotional make-up. They not only feel physical pain, but can also suffer from emotional distress.

It used to be that families were the police, retirement plan, childcare, etc. Now all these operations are outsourced to the state. Stronger states mean weaker families and even stronger states in a perpetual cycle.

19. And They Lived Happily Ever After

How to be happy in modern society.

Most history books focus on the ideas of great thinkers, the bravery of warriors, the charity of saints and the creativity of artists. They have much to tell about the weaving and unravelling of social structures, about the rise and fall of empires, about the discovery and spread of technologies. Yet they say nothing about how all this influenced the happiness and suffering of individuals. This is the biggest lacuna in our understanding of history. We had better start filling it.

20. The End of Homo Sapiens