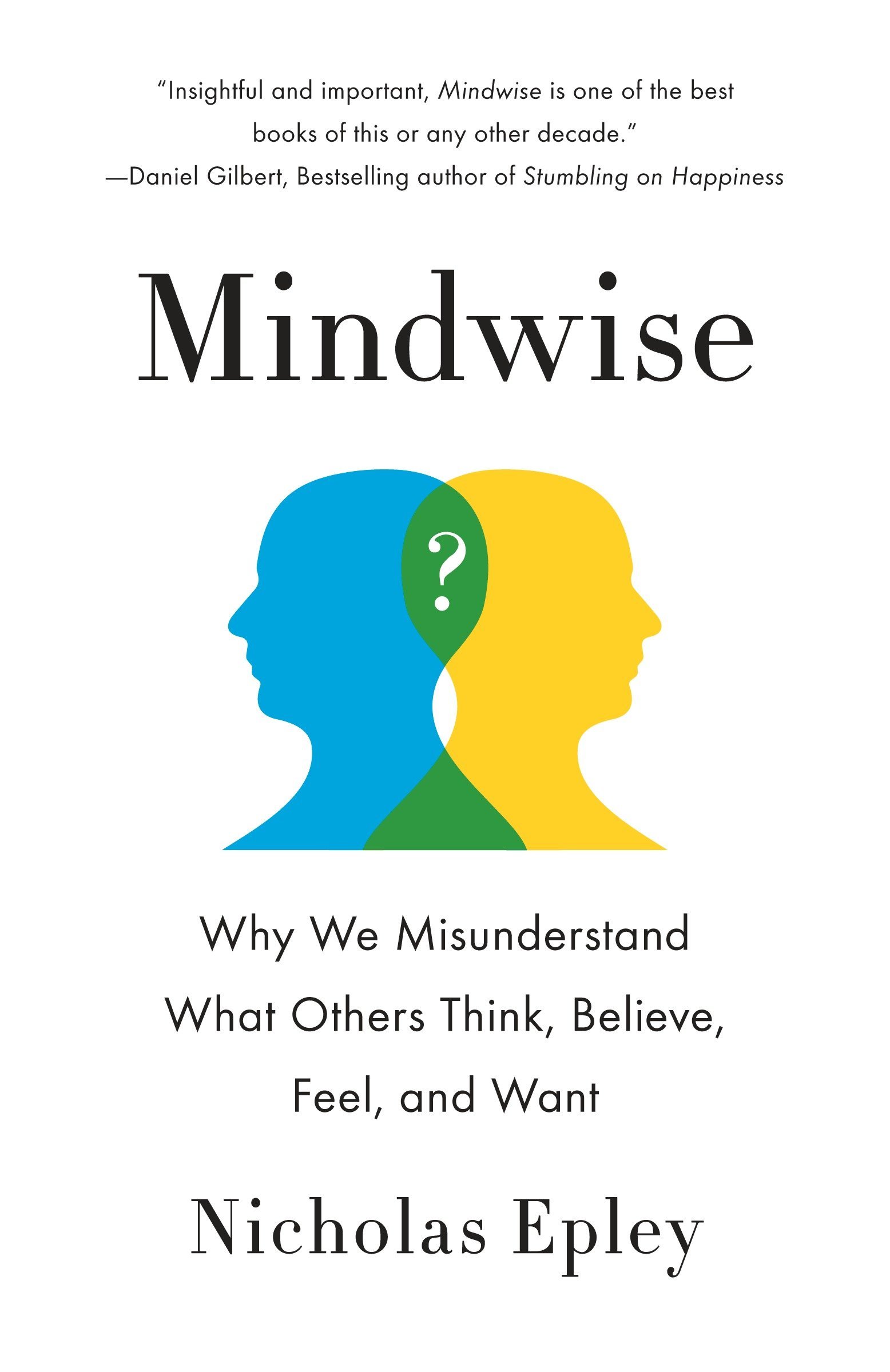 Mindwise: Why We Misunderstand What Others Think, Believe, Feel, and Want by Nicholas Epley

We are extremely overconfident in misreading minds, because we ignore evidence that disconfirms how mistaken we are at predicting other’s minds.

Does it have a mind?

Ubuntu: “a person is a person through other persons.” Your humanity comes from the way you treat others, the idea goes, not the way you behave in isolation.

Your ability to engage with the minds of others is one of your brain’s greatest abilities. You’ll be happier if you actually use it: On airplanes, office lobbies, and commuter trains.

Perspective taking also doesn’t necessarily bring you closer to the other person’s perspective, in fact it can increase your overconfidence. Perspective getting (asking someone directly about how they feel) is much more accurate.

“How happy are you compared to others?”

People think about their own happiness, not about the average happiness of others. See also birthday paradox.