Great by Choice: Summary and Review 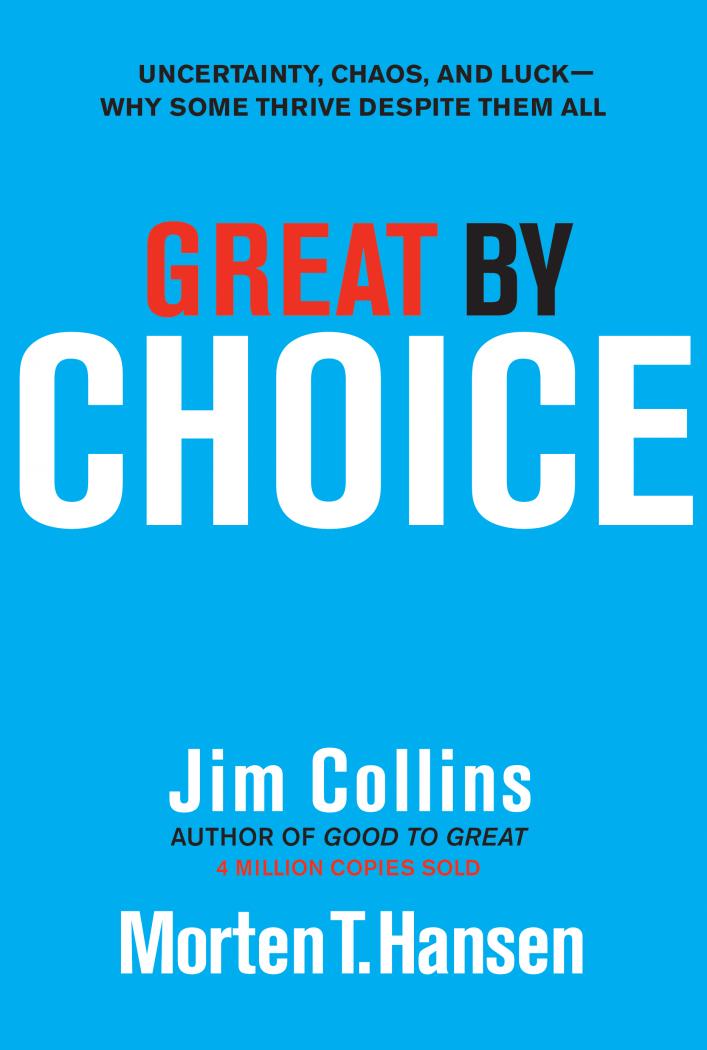 Great by Choice: Uncertainty, Chaos, and Luck—Why Some Thrive Despite Them All by Jim Collins and Morten T. Hansen

The most important idea I took away from this book was “return on luck”, that extraordinarily lucky people aren’t actually more lucky than others, but are able to go all-in and bet 100% of their effort on a good luck event when it occurs.

John Brown understood that if you want to achieve consistent performance, you need both parts of a 20 Mile March: a lower bound and an upper bound, a hurdle that you jump over and a ceiling that you will not rise above, the ambition to achieve and the self-control to hold back.

Basically, the “Lean Startup” approach, ship an MVP before you ship the final product.

Leading Above the Death Line

Don’t be lazy about preparation, e.g. test your IMAX camera at freezing temperatures first before hauling it up to Everest to take pictures.

Make a recipe that any idiot can follow to avoid environments that are prone to induce whipsawing. Then, be an idiot yourself because if you are too clever you will deviate from the plan and fail.

The difference between Bill Gates and similarly advantaged people is not luck. Yes, Gates was lucky to be born at the right time, but many others had this luck. And yes, Gates was lucky to have the chance to learn programming by 1975, but many others had this same luck. Gates did more with his luck, taking a confluence of lucky circumstances and creating a huge return on his luck. And this is the important difference.