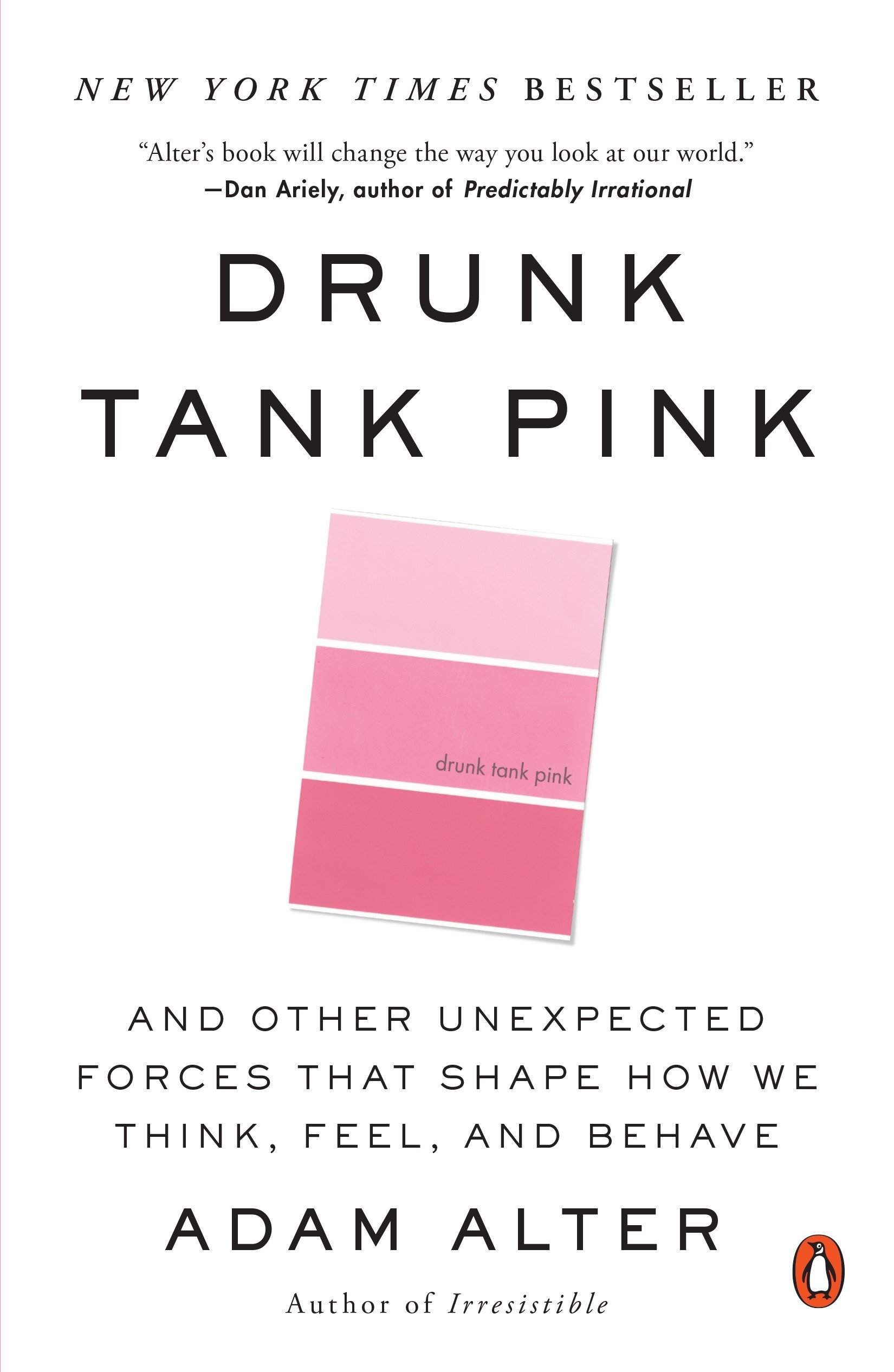 Drunk Tank Pink: And Other Unexpected Forces That Shape How We Think, Feel, and Behave by Adam Alter

The book describes how subtle changes in your environment influence your behaviour, such as a pink painted jail cell makes drunks who stay overnight less aggressive (but the effect wears off after a short time).

Princeton University students decided whether a young fourth-grader named Hannah was performing above, below, or precisely at the level expected of an average student in the fourth grade.

During the first phase of the experiment, the students watched one of two brief videos:

At this point, some of the students watched a second video, in which Hannah was asked to answer a series of twenty-five questions from an achievement test. The questions were designed to assess her mathematical, reading, science, and social science skills. Instead of presenting a clear image of her ability, the video was ambiguous: sometimes she was engaged, answering difficult questions correctly, and sometimes she seemed distracted and struggled with relatively easy questions. The tape was designed to baffle the students, to leave them without a clear picture of her ability.

Hannah’s ability was difficult to discern from the video, but some of the students began watching with the labels “wealthy” and “college educated” in mind, whereas the others began watching with the labels “working class” and “high school educated” in mind. These labels functioned as tiebreakers when Hannah’s performance was neither flawless nor disastrous. The students who expected Hannah to succeed saw exactly that pattern of achievement in her responses (ignoring her missteps and distractibility), whereas those who expected less from Hannah saw exactly what the negative labels implied (ignoring her intermittent engagement and mastery of the difficult questions). In the end, the lucky Hannah was judged to have performed above her fourth-grade level, whereas her unlucky counterpart seemed to perform below fourth-grade level. The Hannah study showed that people are suggestible, willing to view the world with the guidance of labels when faced with an otherwise unbreakable tie.

Has this been replicated?

We attach more meaning and mental energy to symbols than to the base material object.

4. The Mere Presence of Other People

Thinking you are being watched (e.g. strategically placing a mirror, or a drawing of a pair of eyes) leads to more ethical behaviour

5. The Characteristics of Other People

Why and how prejudice happens.

Being exposed to nature has a large number of positive effects. People recover faster from the hospital when they have a window in their room, etc.