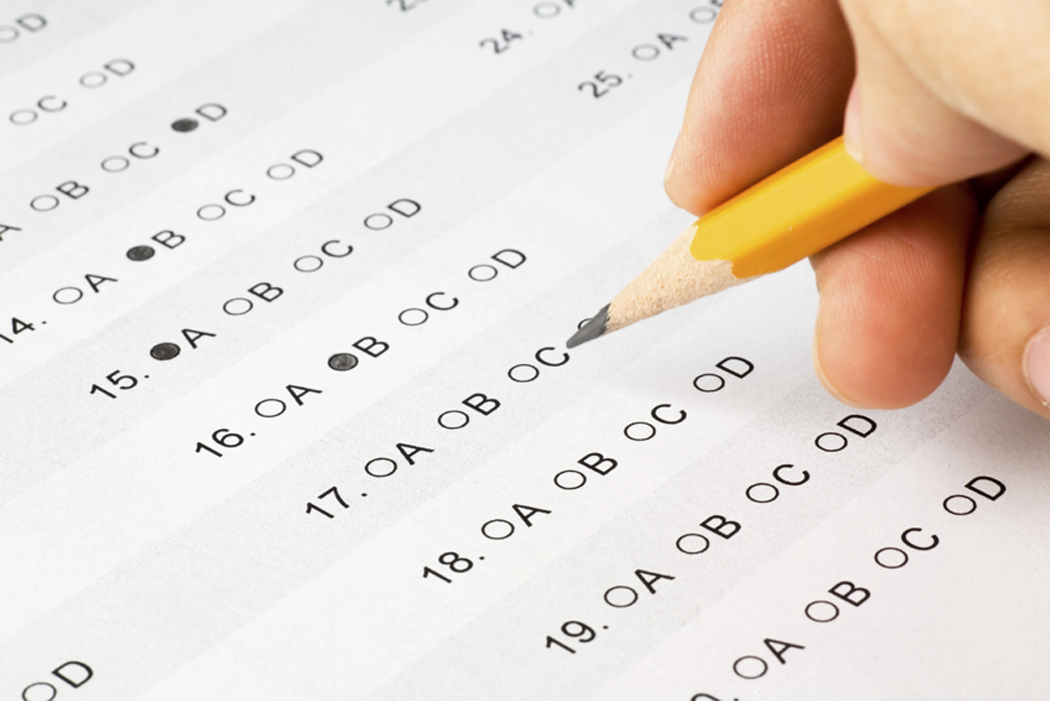 Is a 1000-point increase spanning ~3.5 standard deviations even possible? Intuitively, it certainly shouldn’t be possible in a well-designed test. Imagine if an Olympic weightlifter could go from deadlifting 30kg to 250kg in 3 months. That kind of performance improvement isn’t even possible with doping1—if you saw that kind of increase the first thing you would do is check if the scale was broken. This is the big secret of the SAT: it’s a broken scale. Since it’s not a well-designed test, any student can get any result she wants simply by learning the right way to step on the scale.

Collegeboard’s official rhetoric is that it’s impossible to game the SAT. Of course if the 1.6 million students who take the test each year found out that it’s easy for anyone to get a high score, Collegeboard would start seeing some serious opposition to its continued existence.2 In order to quell such an uprising, they claim that the vast majority of students retaking the test do not change their scores by more than 100 points in either direction.3

Collegeboard doesn’t even think that studying will help you on the test. They claim that “test-prep courses had minimal impact on improving SAT scores—about 10–20 points on average in mathematics and 5–10 points in critical reading.”4 This means that my method of studying beats the average method by 100x. Clearly something is wrong with their research.

Collegeboard’s research is flawed because they only measure score improvements between official sittings of the test.5 What this research ignores is real life conditions, where the majority of score improvements happen before even taking the first test. When I first scored 1370 it wasn’t in an official-looking testing facility, but on a desk in my highschool library using a sample test. The next three months were then a process of steady improvement as I wrote more sample tests.

If you buy in to Collegeboard’s rhetoric, you won’t be able to get the SAT score you want because you won’t believe that it’s possible for an “average person” to obtain it. As cheesy as this sounds, the first step to getting a high score is to believe that you can do it.

One reason you might not believe that you can do it is that you’ve invested too much of your identity in the results. You have to realize that writing the SAT is a silly ritual that doesn’t say anything about you as a person. Even the founder of Princeton Review doesn’t think the SAT measures anything meaningful:

The SAT is just a game, and if you think of it as a game that you can play without attaching your identity to the score, then you’ll have an easier time winning.

It also helps you that most colleges only take your highest scores from each section. You don’t even need to try to get the best overall score each time you take the test—if you take the test three times you only need to focus your mental energy toward one section per test, since your bad scores are discarded anyway.

So we’ve established that the SAT has lots of exploitable weak spots that make it easy to hack. A high-quality test-prep book will be able to show you all of them, but the realization that helped me the most was that the tactics that help you get a higher SAT score are the opposite of those that you would apply in real world problems. Here’s what I mean, in the context of each section on the test:

Your essay score is 90% correlated with length.6 In order to get a high score for the essay section I would simply drill myself in outputting as much prose as possible in a semi-coherent way. If you train yourself to fill up every last morsel of space in the essay response booklet without making obvious grammatical mistakes, you’re almost guaranteed to get a high essay score.

This strategy is counter-intuitive because to do well at the SAT essay you have to adopt writing tactics that make you a worse writer in real life. On the SAT essay, anything that slows you down from producing more prose will decrease your score. You shouldn’t edit because it will slow you down. You shouldn’t structure or think about your argument because it will also slow you down. If you don’t have evidence to support a claim, make up something that sounds plausible and wrap it in weasel words. For example, “Studies show that the majority of people who switch to a vegetarian diet suffer from fewer chronic diseases such as diabetes.” Of course this is horrible advice for writing in the real world but it will get you far on the SAT.7

The multiple choice part of the writing section doesn’t really test your writing skills, but your grammar skills. Again, a good test-prep book will tell you all the relevant grammar rules that show up in the test and you just need to memorize them.

Most of the math questions are simple enough that you’ll be able to breeze through them as long as you don’t make any careless mistakes. It’s actually easy to make careless mistakes if you’re not used to the time pressure—this is what happened to me the first few times I wrote the math section.

The hardest math questions are the ones that put you in the top percentile of test-takers if you get them right. Fortunately, Collegeboard’s definition of “hard” doesn’t mean “conceptually difficult” or even “requires creative thinking”; “hard” simply means “this question contains certain concepts that may not be explicitly taught in school”. To master the math section, you would have to memorize a handful of concepts that they don’t expect you to know.

You could study Heron’s formula, learn about prime factorizations, and memorize common algebra patterns to take quick shortcuts. There are several of these shortcuts, and good test-prep books will be able to list them all for you.

Again, these tactics are horrible for real world math because real life mathematics requires you to persevere on difficult problems across many days (sometimes years) and tackle them from hundreds of creative perspectives. But the SAT is just a game, remember? Just learn these shortcuts to get a high score on the game and move on.

For the reading passages, it took me a while to figure out the “trick”: the way to approach the stories is to imagine yourself observing the described scene in a corner while wearing an invisibility cloak. When the test asks you questions about any of the characters, the way to respond is to think about how you feel about the character as a third party, rather than how any of the characters feel about themselves. This is tricky because sometimes the test asks direct questions such as “Paula’s attitude could be described as…”, and you have to respond from an objective perspective, not from Paula’s perspective. If you write enough practice tests you’ll also start to see some common themes in the chosen essays which you can predict fairly accurately.

In essence, the less critical thinking you apply to each question here, the higher you will be able to score. The first couple of times I attempted the reading passages I would keep getting easy questions wrong because I thought too deeply about the themes in the passage. You are only expected to pick up on the superficial meanings of the text. Again, don’t do this in real life. The joy of reading a good book comes from finding meaning, understanding yourself, and participating in the human experience, not picking out specific tidbits of trivia.

With Collegeboard promulgating the “new SAT”, we’ll have to see if these tactics still work on the new test in 2016, but I suspect that the SAT will still be easy to hack because its fundamental flaws remain in the new version. The basic structure of the test stays the same—you’re still answering multiple choice questions and there’s still an essay.8 Multiple choice questions are structurally unable to allow creative thinking and the essay will still be hackable with the same tactics.

I want to give Collegeboard credit for recognizing that the SAT needs to change, but as long as the SAT is “standardized” the test will have a significant weakness: if you write enough practice tests you will be able to figure out what correct answers look like simply by recognizing certain patterns that show up repeatedly. When I started preparing for the test in September, I checked out every SAT book from every test-prep company in the public library. I wrote so many practice SATs that by the end of November I literally ran out of practice material. There wasn’t an essay prompt out there that I hadn’t seen before, or a multiple choice question I hadn’t already answered.

Ultimately, you shouldn’t take the SAT too seriously. Think of it as a game, and try to get the highest score you can but don’t invest your life into it; your test scores don’t matter in life and college admissions are unfair anyway. Instead, spend your time focusing on the path that you need to take to live the type of life that you want to live in 10, 20, or 30 years. Good luck.

Your encouragement is a big part of why I continue to write. I only publish half of my writing publicly. If this essay helped you in some way, you can read the rest of my essays on my private email list: billmei.net/follow (Subscribing is free, no spam ever, and you can safely unsubscribe anytime)