Why Nations Fail: Summary and Review 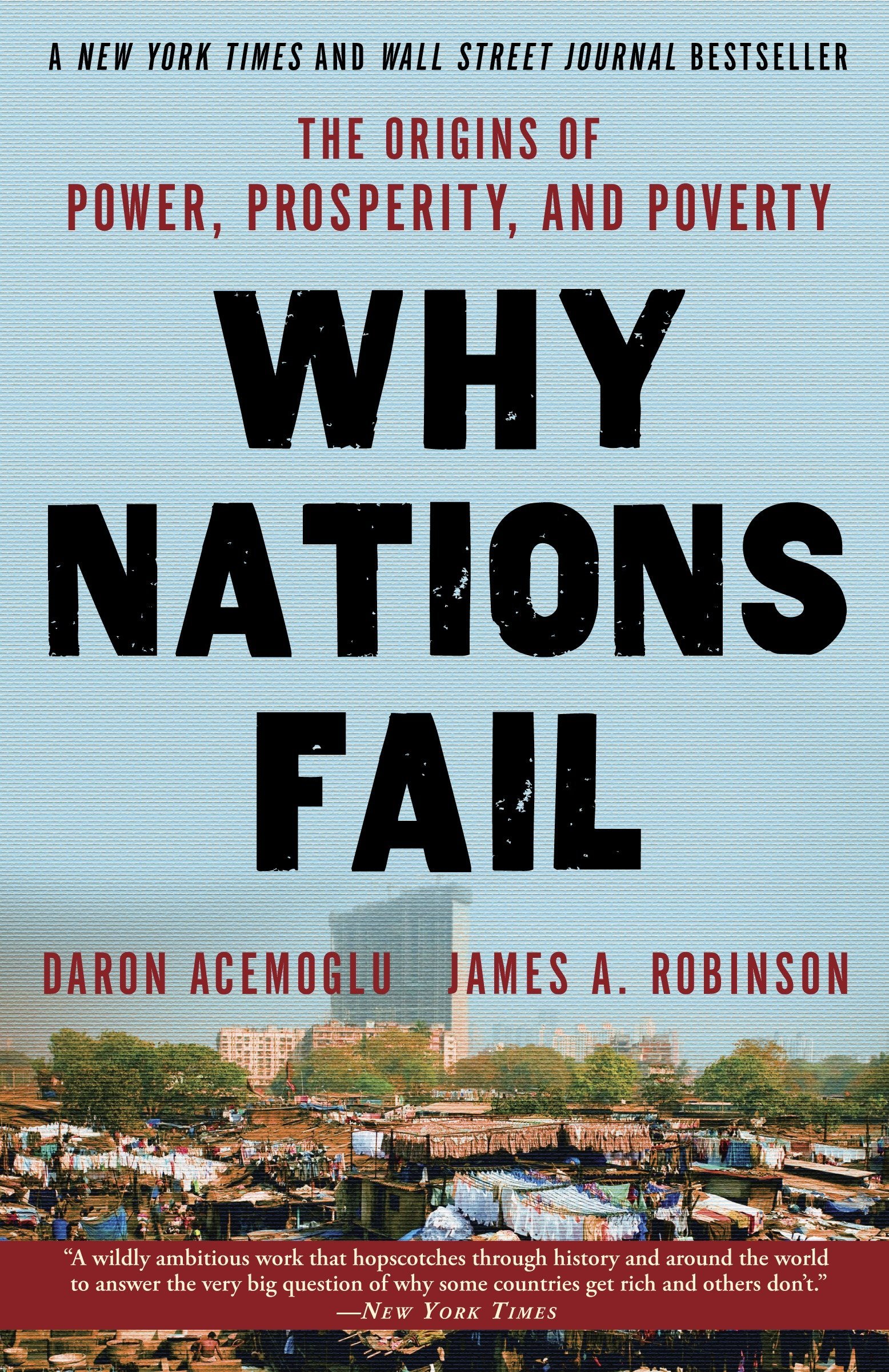 Why Nations Fail: The Origins of Power, Prosperity, and Poverty by Daron Acemoglu and James A. Robinson

“It’s the institutions, stupid.” The success of citizens is predicated on institutions being “inclusive” rather than “extractive”.

This reminds me of The Dictator’s Handbook’s thesis, specifically the idea that “inclusive” institutions benefit all citizenry because their power and legitimacy comes from the active partipation of all citizenry (the keys to power are widespread), but “extractive” institutions are bad because the ruling elite can maintain power by exploiting natural resources or their citizens, so ordinary people are not required to keep their institutions running.

The book’s clearest argument for this thesis is to rule out other explanations of prosperity or poverty of nations, that of geography, climate, or culture, in the example of Nogales, Arizona as compared to Nogales, Mexico, and North Korea compared to South Korea. These regions have the same geography, climate, and people, and differ only in their governance.