The Power Tactics of Jesus Christ: Summary and Review 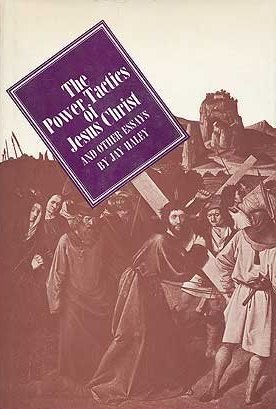 The Power Tactics of Jesus Christ: And Other Essays by Jay Haley

Jesus’ innovation was to attempt to seize power by organizing the poor and the powerless. His template was then copied by scores of populists that came after him.

The author uses examples from the Bible of Jesus’ power tactics, inviting the reader to assess Jesus’ behaviour and not his teachings. For example, Jesus teaches to turn the other cheek when persecuted, but Jesus himself answers insults with attacks when his own authority is threatened.

For centuries this idea of Jesus was overlooked and so the poor were not a threat to the establishment; the most that could be expected of them was an occasional sporadic riot. In this century the poor must be taken into account everywhere because there are men who will devote their lives to rousing and organizing them.

When such men succeed, their power is unlimited because all other authority has been discredited.

Under this analysis, Jesus’ crucifixion was an unintentional miscalculation, as his arrest and trial had one of 4 outcomes:

Jesus’ reputation as a miracle healer is not an accident, but a ploy to gain followers among all social strata because illness afflicts everyone regardless of wealth or class.