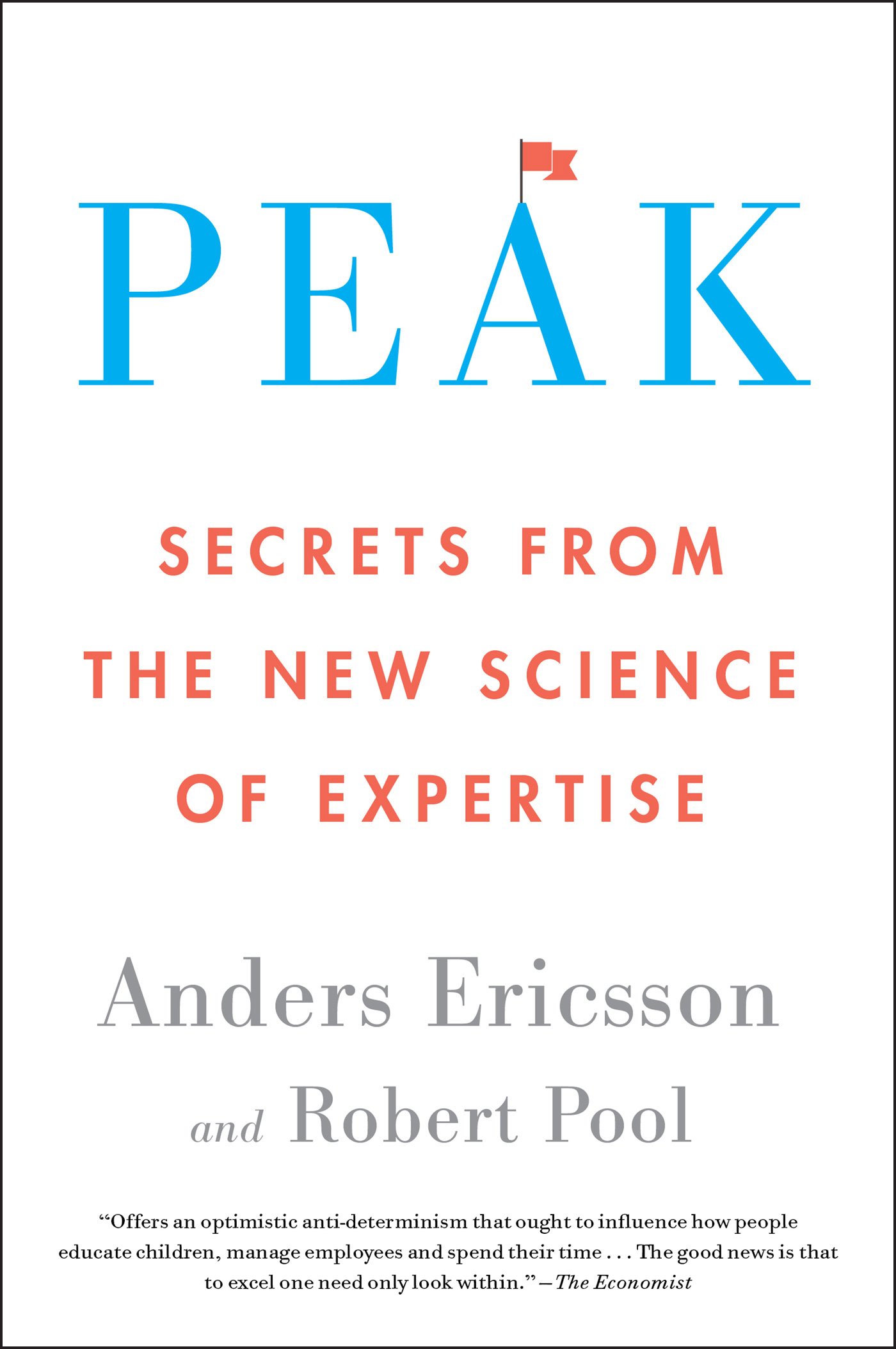 Peak: Secrets from the New Science of Expertise by Anders Ericsson and Robert Pool

This is the technical, detailed book behind Malcolm Gladwell’s book “Outliers” for people who are serious about understanding how to actually implement deliberate practice. You can think of “Outliers” as the watered-down mass market version of this book.

Unfortunately, this rule—which is the only thing that many people today know about the effects of practice—is wrong in several ways. (It is also correct in one important way, which I will get to shortly.) First, there is nothing special or magical about ten thousand hours. Gladwell could just as easily have mentioned the average amount of time the best violin students had practiced by the time they were eighteen—approximately seventy-four hundred hours—but he chose to refer to the total practice time they had accumulated by the time they were twenty, because it was a nice round number. And, either way, at eighteen or twenty, these students were nowhere near masters of the violin. They were very good, promising students who were likely headed to the top of their field, but they still had a long way to go when I studied them. Pianists who win international piano competitions tend to do so when they’re around thirty years old, and thus they’ve probably put in about twenty thousand to twenty-five thousand hours of practice by then; ten thousand hours is only halfway down that path.

Third, Gladwell didn’t distinguish between the deliberate practice that the musicians in our study did and any sort of activity that might be labeled “practice.” […] But an hour of playing in front of a crowd, where the focus is on delivering the best possible performance at the time, is not the same as an hour of focused, goal-driven practice that is designed to address certain weaknesses and make certain improvements—the sort of practice that was the key factor in explaining the abilities of the Berlin student violinists.

A closely related issue is that, as Lewisohn argues, the success of the Beatles was not due to how well they performed other people’s music but rather to their songwriting and creation of their own new music. Thus, if we are to explain the Beatles’ success in terms of practice, we need to identify the activities that allowed John Lennon and Paul McCartney—the group’s two primary songwriters—to develop and improve their skill at writing songs. All of the hours that the Beatles spent playing concerts in Hamburg would have done little, if anything, to help Lennon and McCartney become better songwriters, so we need to look elsewhere to explain the Beatles’ success.

This distinction between deliberate practice aimed at a particular goal and generic practice is crucial because not every type of practice leads to the improved ability that we saw in the music students or the ballet dancers. Generally speaking, deliberate practice and related types of practice that are designed to achieve a certain goal consist of individualized training activities—usually done alone—that are devised specifically to improve particular aspects of performance.

The final problem with the ten-thousand-hour rule is that, although Gladwell himself didn’t say this, many people have interpreted it as a promise that almost anyone can become an expert in a given field by putting in ten thousand hours of practice. But nothing in my study implied this.

What about “natural talent”?

Child prodigies aren’t “naturally” talented, they just started practicing earlier. “Idiot savants” aren’t actually idiots, they just are extremely focused on their one good skill instead of their social skills.

The bottom line is that every time you look closely into such a case [as prodigies or savants] you find that the extraordinary abilities are the product of much practice and training.

What is “purposeful practice”?

Deliberate practice is all about the skills. When you work on skills, knowledge comes along for the ride.