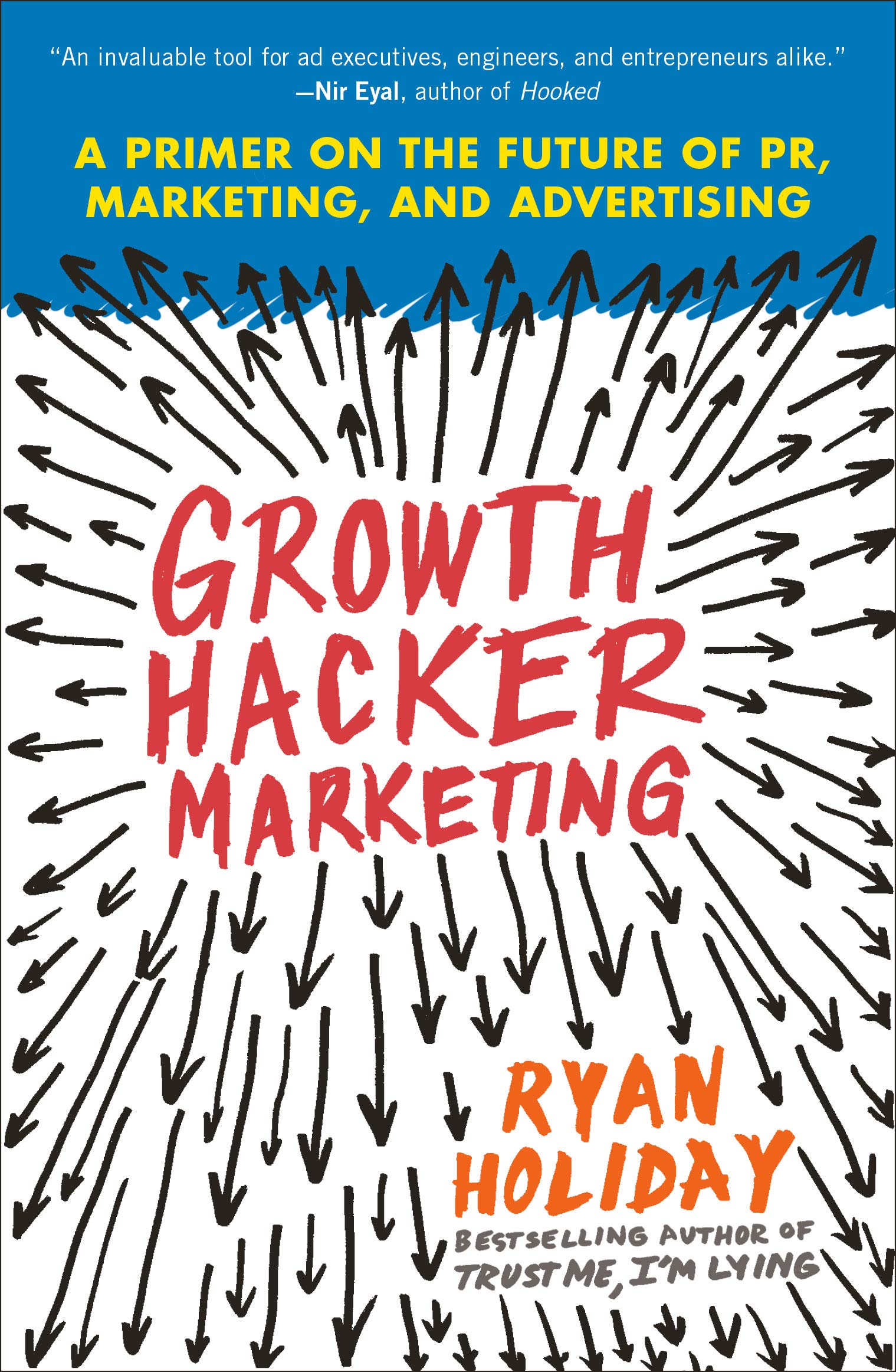 Growth Hacker Marketing: A Primer on the Future of PR, Marketing, and Advertising by Ryan Holiday

The problem with mainstream “marketing” books is that it presupposes you are an established company with significant resources. So what if you are an unknown startup with zero cash? Growth Hacking is the answer. This book is notable in that it is the first comprehensive volume that spells out the “growth hacking” mindset.

You may be wary of the term “growth hacking” and think it is meaningless buzz, but it is important to note that this is the result of everyone else knocking-off and rehashing this book until the term has reached semantic satiation. That’s what happens when you write the handbook on growth hacking, everyone else tries to (badly) copy you. Skip the copies, just read this book instead.

It meant every e-mail that Hotmail’s users sent would be an advertisement for the product. And that advertisement was effective not because it was cute or creative but because it showcased an amazing product that many people wanted and needed. Each user meant new users; each e-mail meant more e-mails and more happy customers. And most crucially, all this could be tracked and tweaked and improved to drive as many users as possible into the service.

You have to understand how revolutionary this was at the time. Consider that just a few years later, Pets.com would try to launch with a multicity television and outdoor advertising campaign that culminated in a $1.2 million Super Bowl commercial and an appearance at the Macy’s Thanksgiving Day Parade. Or that Kozmo.com would blow through literally hundreds of millions with advertising campaigns featuring the Six Million Dollar Man before collapsing like Pets.com in the burst dot-com bubble.

Andrew Chen’s Growth Hacker is the new VP Marketing gives a good summary of this mentality.

What stunned me most about those companies was that none of them were built with any of the skills that traditional marketers like myself had always considered special and most were built without the resources I’d long considered essential. I couldn’t name the “marketer”—and definitely not the agency—responsible for their success because there wasn’t one. Growth hacking had made “marketing” irrelevant or at least completely rewritten its best practices.