Everything is Fucked: Review and Summary Notes 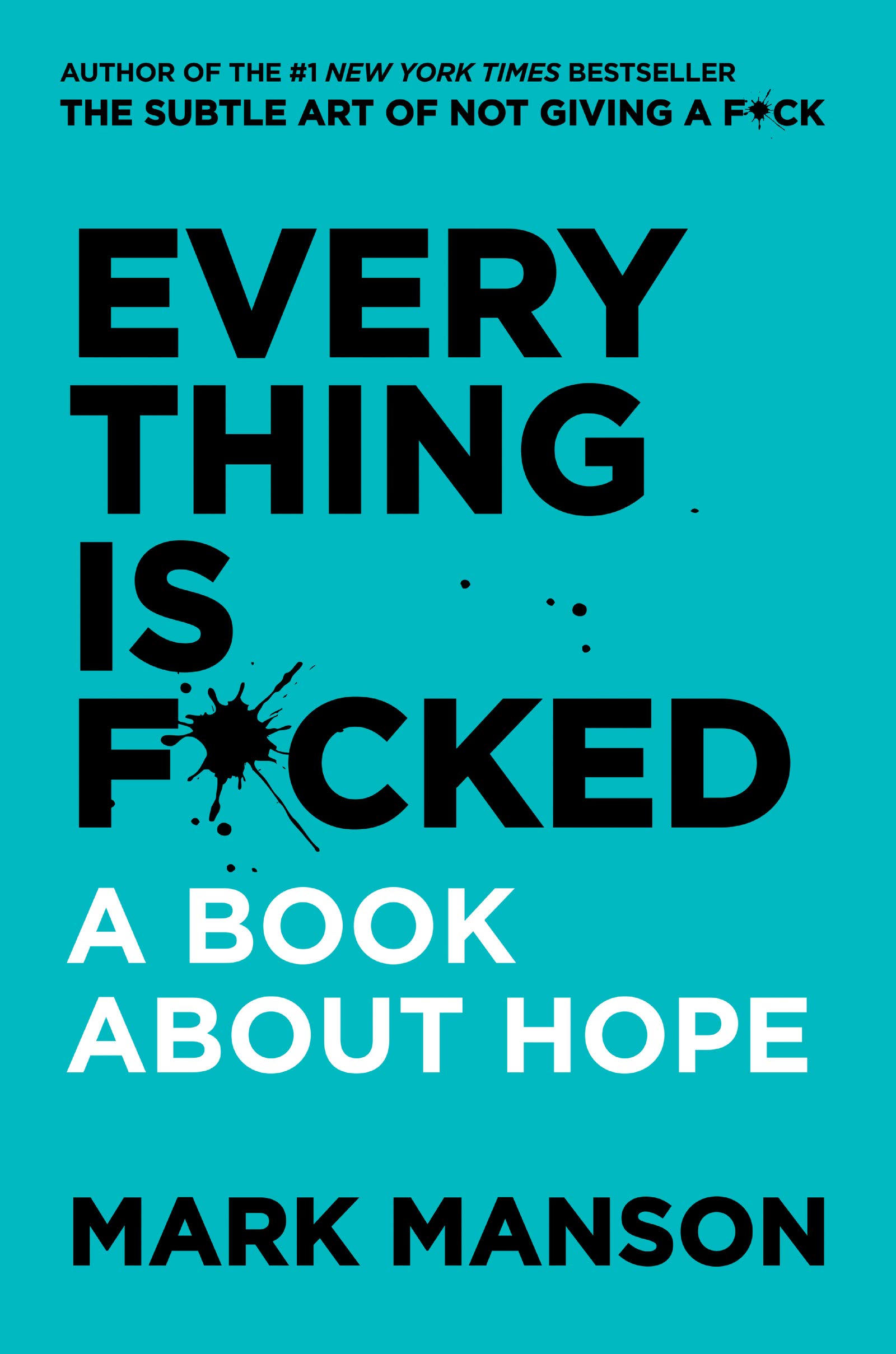 Everything is Fucked: A Book about Hope by Mark Manson

I credit this book for introducing me to Kantian ethics, the only moral framework that offers hope and gives a extra-human mission but is also founded on scientific results instead of theology, by arguing that consciousness is special, and is therefore a first principles value.

Kant started with a simple observation. In all the universe, there is only one thing that, from what we can tell, is completely scarce and unique: consciousness. To Kant, the only thing that distinguishes us from the rest of the matter in the universe is our ability to reason—we’re able to take the world around us and, through reasoning and will, improve upon it. This, to him, was special, exceedingly special—a miracle, almost—because for everything in the infinite span of existence, we are the only thing (that we know of) that can actually direct existence. In the known cosmos, we are the only sources of ingenuity and creativity. We are the only ones who can direct our own fate. We are the only ones who are self-aware. And for all we know, we are the only shot the universe has at intelligent self-organization.

And this ability to choose meaning, to imagine importance, to invent purpose, is the only force in the known universe that can propagate itself, that can spread its intelligence and generate greater and greater levels of organization throughout the cosmos. Kant believed that without rationality, the universe would be a waste, in vain, and without purpose. Without intelligence, and the freedom to exercise that intelligence, we might as well all be a bunch of rocks. Rocks don’t change. They don’t conceive of values, systems, or organizations. They don’t alter, improve, or create. They’re just there.

Therefore, the fundamental moral duty is the preservation and growth of consciousness, both in ourselves and in others. Thus, consciousness must always be respected as an end (unconditional love), never as a means (a bargain or transaction):

Act that you use humanity, whether in your own person or in the person of any other, always at the same time as an end, never merely as a means.

The “Blue Dot Effect”, my favourite psychology result, of classifying a thousand dots:

The researchers discovered that when they showed mostly blue dots, everyone was pretty accurate in determining which dots were blue and which ones were not. But as soon as the researchers started limiting the number of blue dots, and showing more shades of purple, the subjects began to mistake purple dots for blue. It seemed that their eyes distorted the colors and continued to seek a certain number of blue dots, no matter how many were actually shown.

It used to be that being the victim of violence meant somebody had physically harmed you. Today, many people have begun to use the word violence to describe words that made them feel uncomfortable, or even just the presence of a person they disliked. Trauma used to mean specifically an experience so severe that the victim could not continue to function. Today, an unpleasant social encounter or a few offensive words are considered “trauma,” and necessitate “safe spaces.” Genocide used to mean the physical mass murder of a certain ethnic or religious group. Today, the term white genocide is employed by some to lament the fact that the local diner now lists some of its menu items in Spanish.