The Elephant in the Brain: Review and Summary Notes 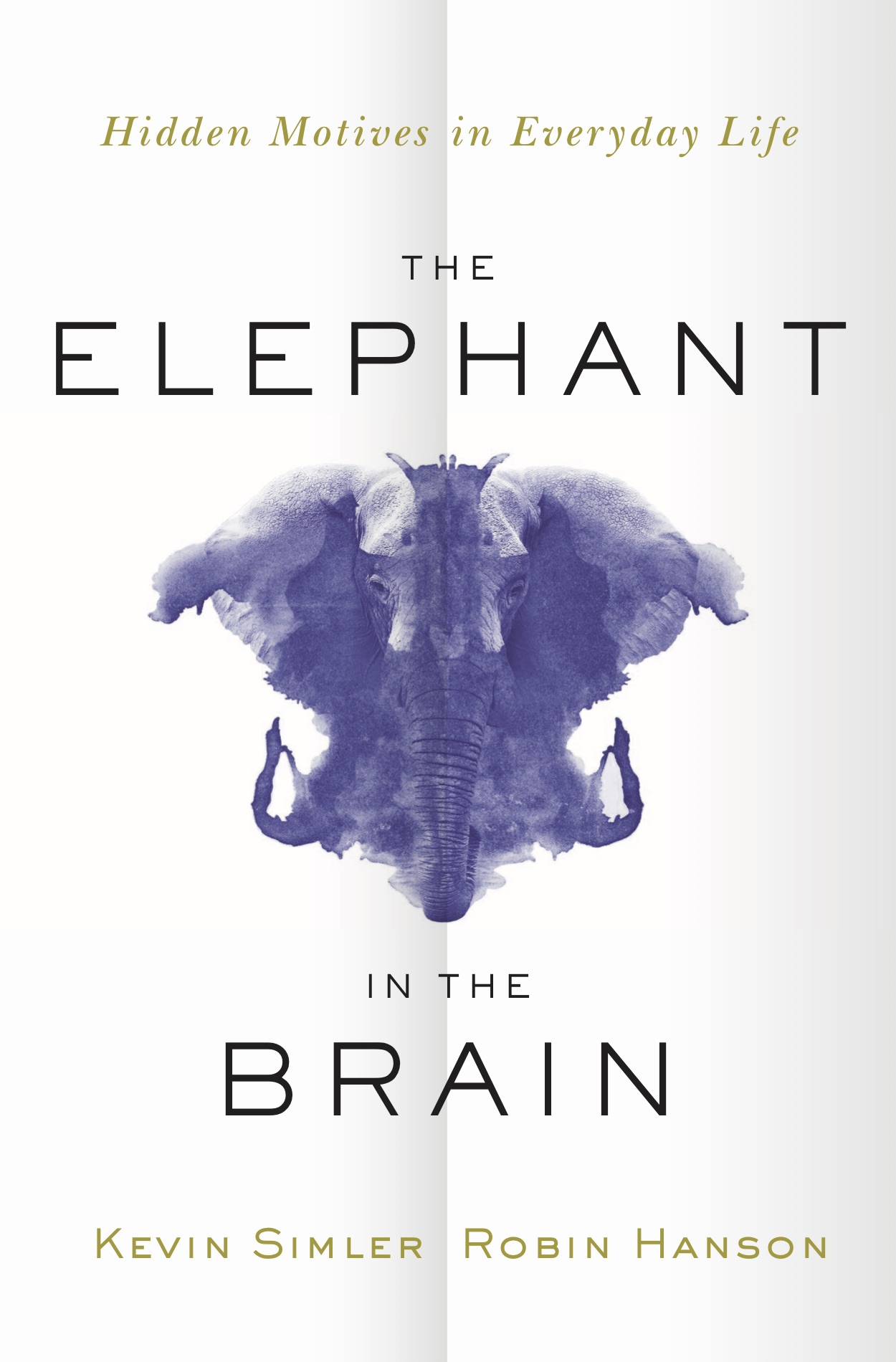 The Elephant in the Brain: Hidden Motives in Everyday Life by Kevin Simler and Robin Hanson

The ideas in this book are highly avant-garde; I don’t see signalling theory discussed much in the mainstream, though its conclusions seem obvious if you have already studied evolution and game theory. I think the signalling hypothesis may end up being as paradigm-shifting as the theory of evolution was back in the day, though like evolution it may take another generation before these ideas become mainstream. Read this book if you want to understand why people seem to act against their own interests.

Some excuses don’t get enforced as norm violations, because for prosecution to be effective, everyone needs to know that everyone else knows the same information (The Emperor’s New Clothes).

Advertising is effective because it purports to be “common knowledge”, everyone knows that everyone else has seen the same ad on the Superbowl. Therefore, whatever is advertised on the Superbowl must be prestigious, not because you yourself value it, but you think other people value it (you worry that other people are likely to believe something radical even though you don’t; this explains why you are afraid extremist language will offend someone even if you are not personally offended).

You need to see the ad and be confident that others have seen it too:

This is the difference between a Super Bowl commercial, which reaches some 50 million households in a single broadcast, and a direct-mail campaign where flyers are sent to 50 million households separately (and unbeknownst to each other). The Super Bowl audience is more than the sum of its parts, and lifestyle advertisers happily pay a premium for it.

When Corona runs its “Find Your Beach” ad campaign, it’s not necessarily targeting you directly—because you, naturally, are too savvy to be manipulated by this kind of ad. But it might be targeting you indirectly, by way of your peers. If you think the ad will change other people’s perceptions of Corona, then it might make sense for you to buy it, even if you know that a beer is just a beer, not a lifestyle. If you’re invited to a casual backyard barbecue, for example, you’d probably prefer to show up with a beer whose brand image will be appealing to the other guests.

There is a growing business of people renting private jets on the tarmac for 10 minutes to take a selfie inside the jet for Instagram. The people taking these selfies think they’re going to be loved without realizing that they probably don’t care about the person who actually owns the jet beyond the fact that they provided a jet to be photographed in.

We think that others think that what we’re doing is high status, even if it’s closeted knowledge that it’s not. So you end up with the same behaviours for chasing high status even if you yourself think that wasting fossil fuels flying is low status.

Evolutionary waste in sexual selection (big antlers on deer), and the blockchain.

The blockchain is the information theoretic, mathematical perfect version of wasteful signalling. Only the most highly wasteful work is incorporated into the blockchain, by definition.

A counterargument to “there is no limited supply, because anyone can start their own coin” is that while there are no technical costs to starting up your own coin, there is a signalling cost in the network effect, because for people to use your coin, you must waste more energy than the previous networks to convince other networks to switch to yours, even though the “technical” waste of your new blockchain is small, the accumulated “signalling” waste is large.

Truly honest signals, you do not think of as “signalling”, you just think of it as part of who you are. For example, ordering a kale salad for lunch for “health” if you are a macho construction worker, vs. a vegan yoga tech person doing the same. Or not bothering with “wasting” a few dollars by going out to eat at restaurants (i.e. have servants cook your food and clean up after you), when this could have fed a family of four in Africa. Thus, truly rich people don’t bother “wasting” their money on huge yachts, because they don’t see it as waste, it’s just a relatively small amount of their net worth from their perspective.

In order to have interesting things to say during a conversation, we need to spend a lot of time and energy foraging for information before the conversation.

These patterns in behavior may be puzzling when we think of news as a source of useful information. But they make sense if we treat news as a larger “conversation” that extends our small-scale conversation habits. Just as one must talk on the current topic in face-to-face conversation, our larger news conversation also maintains a few “hot” topics—a focus so strong and so narrow that policy wonks say that there’s little point in releasing policy reports on topics not in the news in the last two weeks. (This is the criterion of relevance we saw earlier.) And for our part, as consumers of news, we compete to learn information on these hot topics before others, so we aren’t confused in conversation and so our talk can seem more impressive. We also prefer news written by and about prestigious people, as it helps us to affiliate with them.